Card counting has been used by many players to have an edge or a better advantage during blackjack games. It is an old and traditional practice that still continues to be used by many gamblers across various casinos. The basic idea is to get information cards you are yet to deal with.

It is popularly discouraged by an array of gambling sites that card counting is very illegal. Many casinos seem to be frowning card counting and if any player is found guilty of card counting, they are removed by casino authorities. This article is going to look at why you should not bother yourself with counting cards. On your next blackjack gameplay make sure that you apply the following, starting from the blackjack paytable.

It is not a walk in the park, gamblers have to take a lot of time to master and most attempts actually fall without bearing any fruits. The ability to grasp a blackjack strategy is not only mountainous but time-consuming. The card counting system is very tactical and hard. For you to have a better understanding of card counting, more demeanor has to be exerted on the blackjack table. Extra carefulness of secrecy is very difficult to maintain.

You Need A Lot Of Cash To Start With

It’s partially true to think that people make thousands and millions from card picking. Profits are highly overrated, no wonder why many prospective card counters end up with a casino loss. Card counting is only a matter of adding an edge of advantage. In actual fact, you have to start off with a huge account base or balance. For example, the popular MIT team started off with $89 000 which is a lot. Your moderate $200 bankroll totals won’t be even near what you want to achieve with card counting.

Many have been amazed by the MIT blackjack card counting team and in most cases ,there have been attempts to replicate such a prominent card picking saga. However, in their case, they managed to clinch a lot of money but in the case of newbies and inexperienced players, the story is the opposite. If you did not know, card counting is only beneficial by adding a small pportionof advantage over your casino. There is a slim enough chance that you can earn huge amounts of money but in actual fact, chances are very low. Chances that you can hit the table on the wrong side of luck are very high. How devastating it is to walk away with a casino loss.

It’s Not Much Fun

Casino gambling is very fun and that’s one reason why we continue to see an influx of newbies. However, card counting is really overrated when it comes to fun. The process of card counting might appear fun but in actual fact, it’s very daunting. Imagine sitting for hours trying to figure out your next card information. You will be thinking so hard. It is a strenuous task really, sitting for a long time without having a cold drink or two or even chatting with other gamblers around.

You Will Get Caught

To set the record straight, card counting is not all in all illegal. However, there are some tough casinos that do not even tolerate such practices. If you are found practicing card counting, authorities will quickly remove you from their premises. You will not only be embarrassed but you will also be blacklisted from claiming chips from the cashier. No better way to be punished in a casino.

Then You’ll Get Banned All Over Town

As we mentioned above, you will be chased away if found guilt of card counting but the worst becomes worse when they ban you. Banning is very severe. Your picture will then be broadcasted and you will be labeled as the greatest fraud around. Many casinos around will know of your unscrupulous acts. Your chances of gambling in a casino in in the same vicinity as the one you were banned will be very slim. Even simple slot plays will be a thing of the past.

Card counting is one of the hardest and overrated casino practices that have been labeled by many casinos as biased. The last thing you would want is a blacklist. Many people seem to be getting much inspiration from the MIT team which was rather successful in their ambitious card counting attempt. But do not be fooled by those guys, they had mastered the skills and they have over $85 000 on offer. It was a huge attempt for a big enough risk. We hope that you have taken a leaf or two from the article and it is left for you to either suffer from the hands of humiliation or rather be safe and sound. 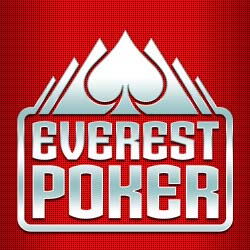